During the Cenozoic Era (the Age of Mammals), continents drifted into positions that are relatively familiar today. Mountain chains began to emerge, and plants and animals became increasingly recognizable. Although mammals appeared at the same time as dinosaurs, they were initially very small. Following the mass extinction 66 million years ago, in which all non-avian dinosaurs perished, mammal populations increased and expanded into empty ecological niches. 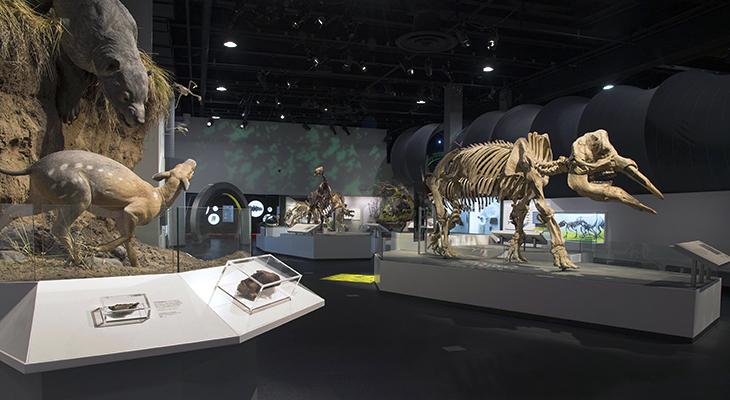 The Museum’s newest exhibit, Cenozoic: The Rise of Mammals.