Featuring the world's largest marine reptile, Shonisaurus sikanniensis, this exhibit is a special tribute to our former Curator of Marine Reptiles, the late Dr. Elizabeth (Betsy) Nicholls. The specimen was discovered in the early 1990s along the bank of the Sikanni Chief River in northeastern British Columbia. At first, its massive size and remote location deterred scientists from excavating the specimen. Dr. Nicholls and her crew recognized its scientific value, as well as its vulnerability due to a high risk of damage from submersion. It took three field sessions (1999 – 2001) to excavate this 'Triassic Giant' from its remote resting place. 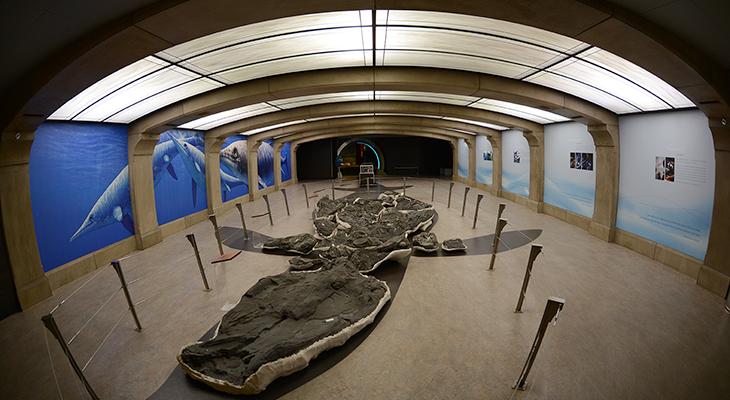 At 21 metres long, the ichthyosaur Shonisaurus sikanniensis is 30% larger than its nearest relative.