To understand what dinosaurs and marine reptiles were like as living animals, Donald Henderson creates computer-animated models. He has developed methods and software for analysis of floating animals, both living and extinct. Using this software, Donald's research has proven that sauropod dinosaurs could float. He has also developed a rigorous, numerical method for estimating body mass of extinct animals. This has allowed Donald to provide new body mass estimates for a range of different pterosaurs (flying reptiles). 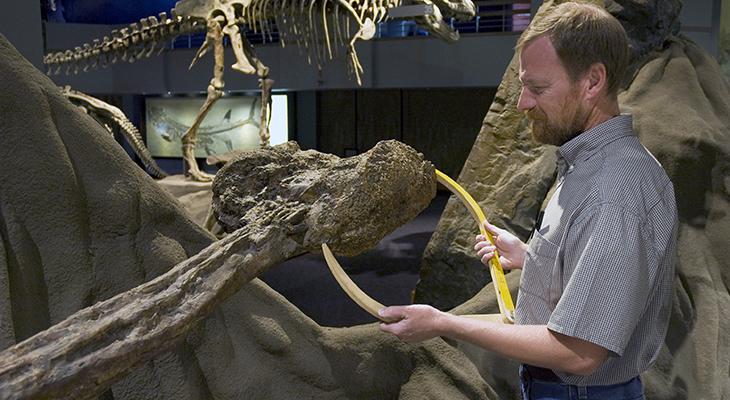 Henderson, D. M. (2003). Effects of stomach stones on the buoyancy and equilibrium of a floating crocodilian: a computational analysis. Canadian Journal of Zoology, 81, 1346-1357.