On August 12, 1884, Joseph Burr Tyrrell (TEER-uhl), a geologist with the Geological Survey of Canada, found the 70-million-year-old skull of a carnivorous dinosaur near present-day Drumheller. Tyrrell’s find was named Albertosaurus sarcophagus (“flesh-eating lizard from Alberta”) in 1905 by American Museum of Natural History palaeontologist Henry Fairfield Osborn.

So significant was Tyrrell’s discovery that when our Museum opened its doors to the public on September 25, 1985, it was named the Tyrrell Museum of Palaeontology. (The “royal” appellation was added in 1990.)  Originally intended to serve primarily as a scientific facility, the plans soon changed to include a large public gallery and display area that attracts more than 430,000 visitors annually.

In addition to being a centre of excellence for palaeontology, the Royal Tyrrell Museum displays one of the world’s largest collections of dinosaurs, and has become world-renowned for engaging exhibits and public education programs. 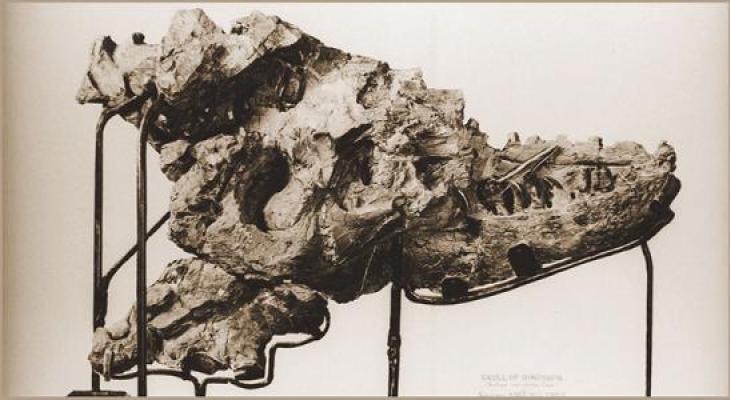